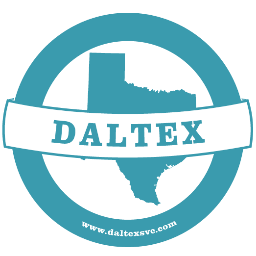 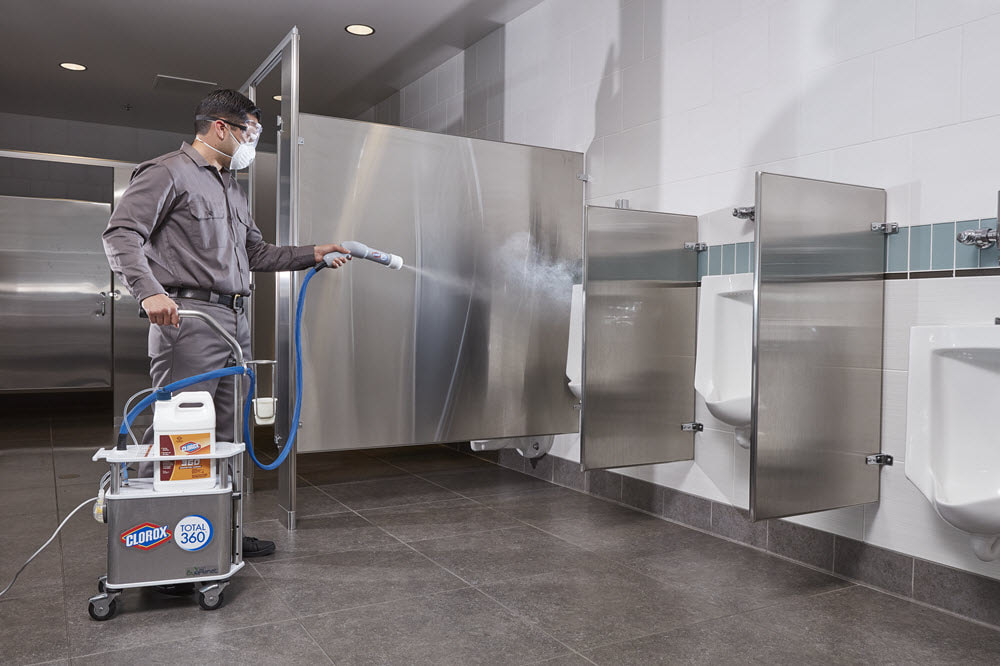 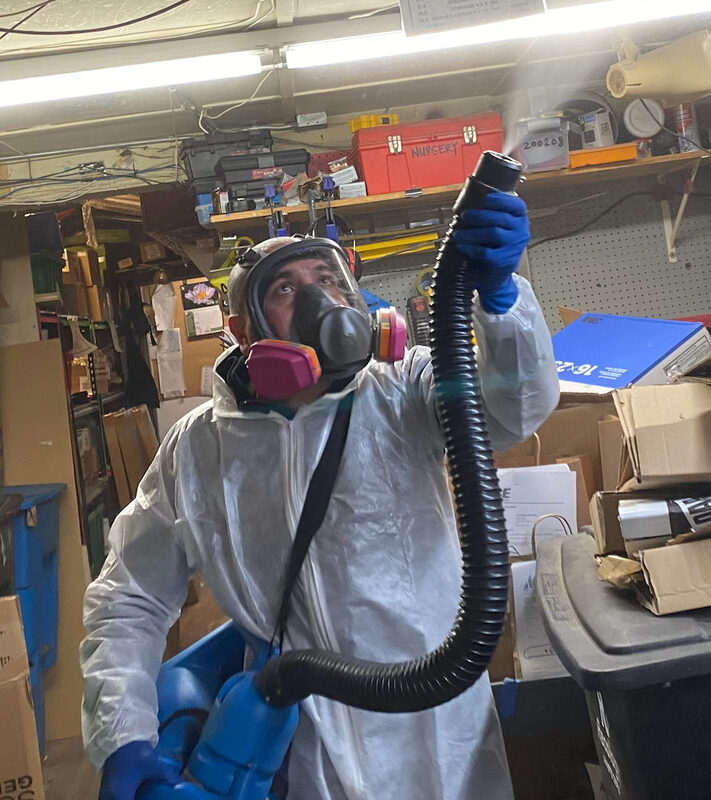 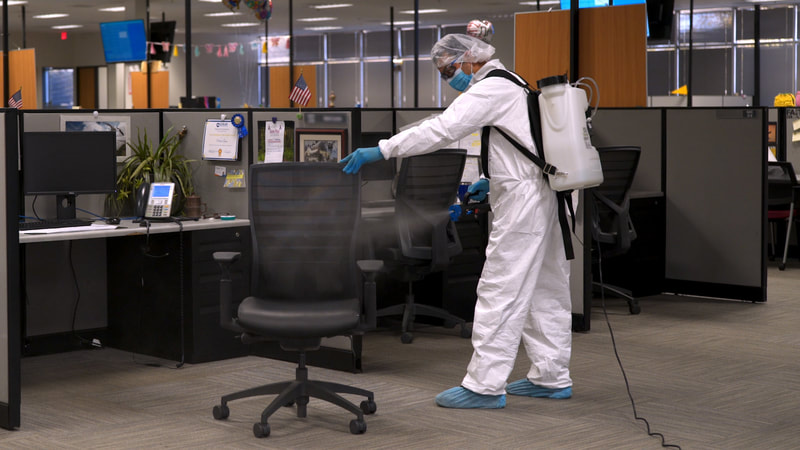 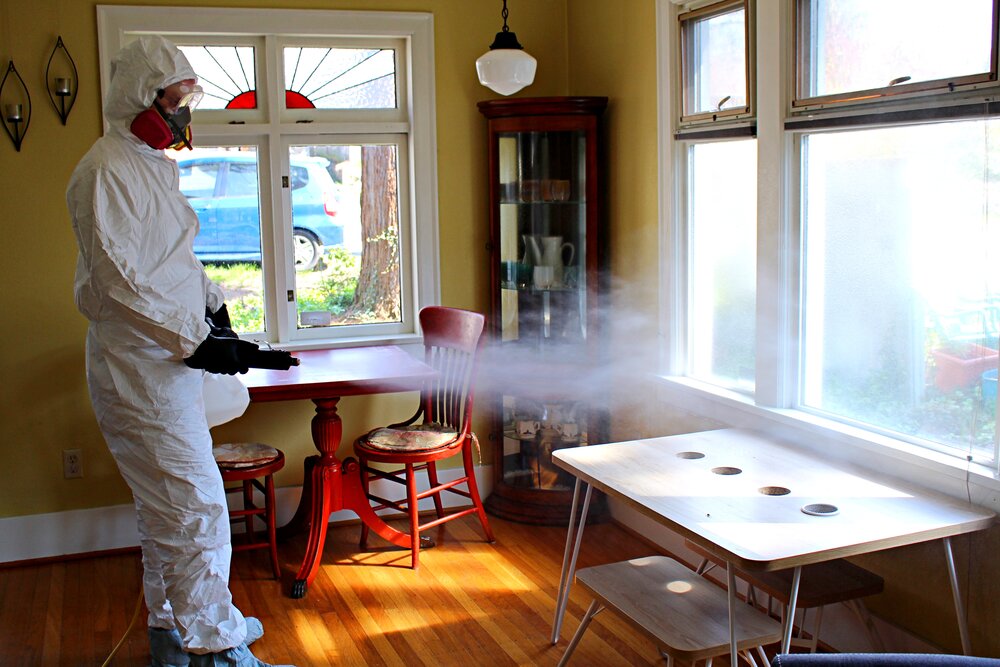 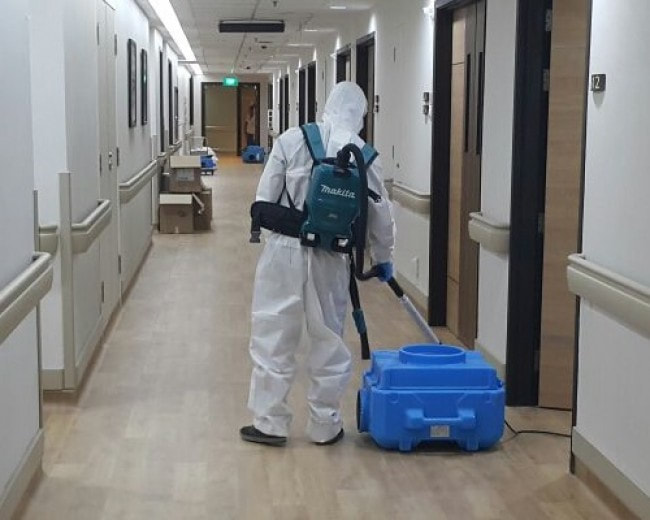 The worldwide Coronavirus (COVID-19) outbreak has people searching for solutions to protect themselves, their business and real estate from imminent contamination. Really the effects of this type of biohazard event can last weeks and the continued spread of the disease can lead to a growing number of fatalities in the US. Our San Bernardino Los Angeles, Orange, San Diego & Riverside Country sanitation services is the industry leader in infectious disease and biohazard remediation, including the Coronavirus disinfection, and delivers the highest professional standards possible. We are dedicated to providing rapid emergency response 24/7 throughout the US so you can have peace of mind in the event of an outbreak. 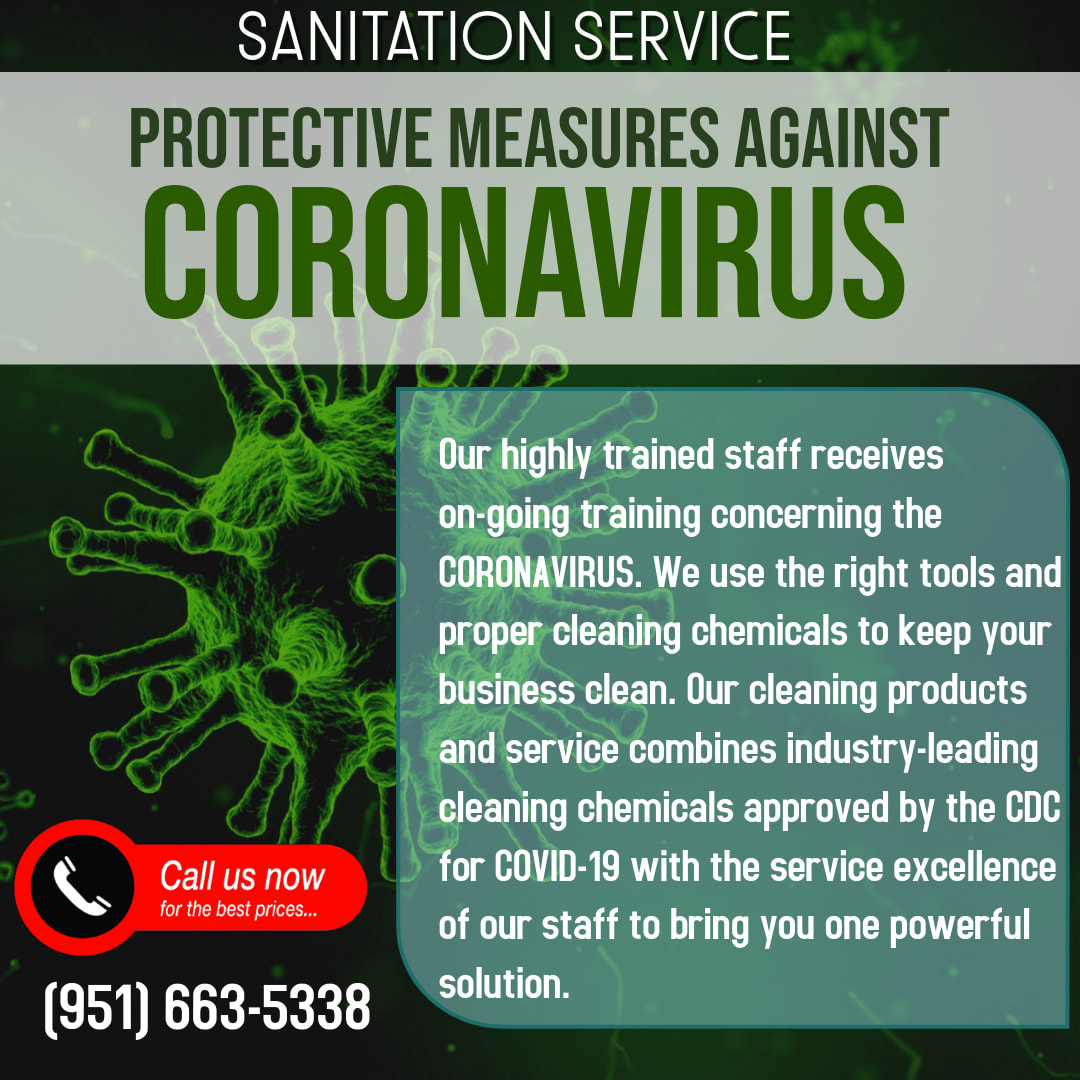 ​HOW DO WE CLEAN CORONAVIRUS?

Coronavirus (COVID-19) has rapidly earned a reputation for really being particularly stealthy. It can live on surfaces for up to 7 days and people infected by the virus do not in most cases show symptoms until approximately 14 days after the infection. This is why having a trusted professional disease and biohazard remediation company like Daltex Janitorial Service, LLC on your side is so important.
We adhere to all OSHA regulations, and strictly follow the most state-of-the-art procedures when it comes to disease cleanup and disinfection. Coronavirus (COVID-19) is still new and new information is being discovered daily, so we continually consult with the Centers for Disease Control & Prevention (CDC) for up-to-date solutions and utilize CDC approved and EPA registered disinfectants.


DISINFECTING CORONAVIRUS​ Disease outbreak is an extremely serious situation and we understand that the health and safety of you, your family, and employees are on the line. Don’t take any chances; call in the professionals.
Contact Us

A commercial disinfectant fogger can really do the job of sanitizing and disinfecting business space or office quickly and efficiently.

First of all this solution deep cleans and disinfects, removing biofilm that may be harboring micro-organisms using a highly effective sporicidal hospital-grade disinfectant. This is a environmentally friendly product that kills up-to 99.9999% of micro-organisms while removing biofilm, mold and organic residue. We use electrostatic spray guns that puts a charge into each droplet of chemical as it is sprayed. This make the droplet electrically stronger than the surface it is treating causing it to envelop the target area giving complete coverage without the need to wipe down. This biodegradable solution is fast and safe to use. We also use a nano coating that prevents the growth of bacteria, spores, viruses and mold on every surface that is treated. Simply put this is a three step process.